The harbour town of Elsinore in the Northern part of Zealand is a central spot for maritime experiences. Close by you’ll find seaside hotels, where you can enjoy water views and a relaxed way of living.

Located right by the waters of the Sound, Elsinore and the surrounding villages offer plenty of opportunities for those excited about seaside activities.

If you prefer to go by the board, it’s possible to rent surfboards and stand-up paddle boards from SUP spot in Hornbæk and Master Dive offers diving courses in the water surrounding Elsinore.

For those who are into competition sailing, there is the ‘Marathon of the sea’ with the Sjælland Rundt Sailing Week. This happens for a week every June and takes place from the Elsinore marina, and the traditional race Sjælland Rundt covers 230 nautical miles.

In no other place in the world, you’ll find tuna jumping as much as in the Sound (Øresund) near Elsinore. This is thought to be because of the strong currents and how the ocean bed is shaped.

However, it wasn’t like this for years. There were many tunas in the 1950s, and fish up to 300kg were caught. However, because of overfishing, the tuna disappeared from the Sound until 2017, when it suddenly returned. This is thought to be due to restrictions on tuna fishing and because there is an abundance of food that the tuna likes in the area – like mackerel and herrings.

Go on a 1.5-hour tuna safari and explore the fish jump in September with The Øresund Aquarium. 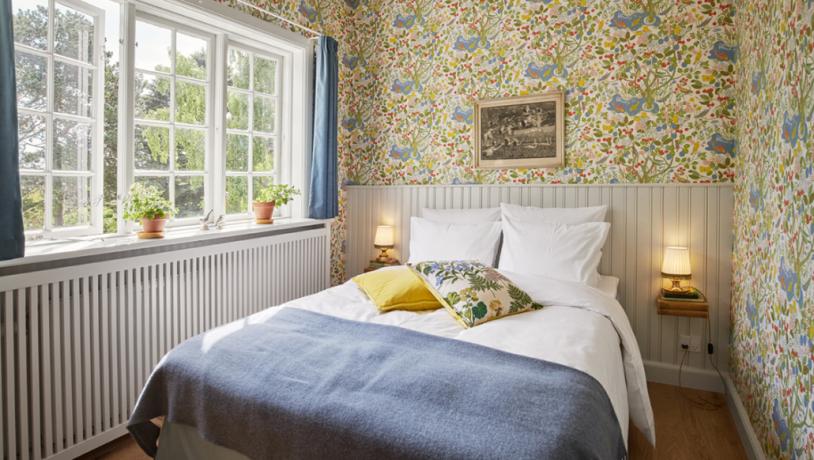 The hotel is located in the seaside village of Hornbæk, a short walk from a sandy beach and a 17 minutes drive from Elsinore. The hotel building is a wooden red house from 1904, and it’s the creation of Flying Tiger Copenhagen founder Lennart Lajboschitz and his wife Susanne’s work. All 36 hotel rooms are unique, and the wallpaper, pillows and chairs are covered in colours and flower prints, as the aim is to create a place where you feel at home. One of the unique selling points is the communal dining every evening, which can also be experienced in the Lajboschitz’ other venues Absalon and Kanalhuset in Copenhagen. 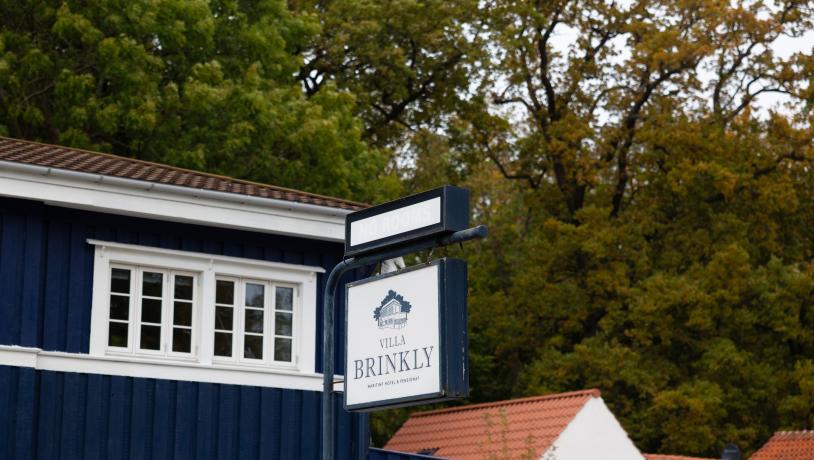 The blue and white-painted quaint Hotel Villa Brinkly has a history dating back to 1873. In 1932, five rooms were added and Brinkly started housing retired seafarers looking for a getaway. Today, anyone can book a stay in the hotel, which is five minutes drive south of Elsinore. The hotel has 10 individual rooms all offering views of either the sea or the adjacent forest – and with two iconic vintage cars parked outside. The current owners Anette Buch Petersen and Erik Steen have run the hotel since 2006, and Anette, who is a chef, often uses foraged ingredients in the restaurant meals. That can be adding wild garlic mustard, ramson or nettles combined with the catch of the day from the nearby Sound.

The beach hotel is located right by the shores of the Sound with direct views of Kronborg Castle. Marienlyst Strandhotel is one of the oldest beach hotels in Denmark and was founded back in 1861 and named after Queen Juliane Marie. King Christian IX and his brother Prins Hans used to stay in the ‘best room’ of the hotel (number 15) every summer. Since then, the hotel has been through extensive renovations and today, the hotel has 322 rooms, three restaurants and a new spa with more than 20 different spa experiences and outdoor and indoor pools. The hotel is a 5 minutes drive or a 20-minute walk from Elsinore city centre.

Villa Strand is the little sister of Hornbækhus located right on the sand dunes. The two hotels are a three-minute walk from each other in Hornbæk, and Villa Strand is a smaller and more casual version of Hotel Hornbækhus. All 15 rooms are unique in their interior, and breakfast is served in the dining room at Hornbækhus, which is also where you check in. If you feel like a bite or a drink at Villa Strand, pay a visit to Villa StrandBar. Here, you can sit in the shade under the garden trees, or relax on sunbeds with a view of the dunes. The beach bar is open every day from 11-22 during the summer months serving light dishes, snacks, ice cream and cold drinks.

Download a selection of pictures related to Elsinore. Press photos - seaside hotels and maritime living in Elsinore. The photographer must be credited. 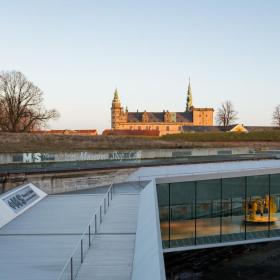