Copenhagen restaurants celebrate the 60-year jubilee of ‘The Shooting Star’

The 5th of September marks the 60-year jubilee of the Danish open-faced sandwich ‘The Shooting Star’. It was created as a tribute to the first man in space in 1962.

Open-faced sandwiches – or ‘smørrebrød’ as it is called in Danish – is a classical dish typically based on rye bread with toppings ranging from herring to raw beef, seafood, potatoes and eggs. The Danish tradition of smørrebrød dates to the 1880s, when restaurants in Copenhagen began serving the topped pieces of bread, and 60 years ago, a new classic was added to the list.

‘The Shooting Star’ – a tribute to space travel

The Danish smørrebrød pioneer Ida Davidsen created ‘The Shooting Star’ or ‘Stjerneskud’ as a tribute to the first man in space, Juri Gagarin. When the astronaut visited Copenhagen in 1962, Ida Davidsen made the piece of smørrebrød in the shape of a space rocket for him to honour his accomplishments. It had fried fish fillets combined with salmon and shrimps on white bread topped with caviar and a lemon wedge. The dish is unique, as it’s not served on rye bread, and allegedly Gagarin loved his space smørrebrød so much that it quickly became a fixed part of the restaurant’s menu, with Ida Davidsen naming it ‘Stjerneskud’, which it is still referred to today in restaurants and cafés around the country. As a way of celebrating the 60-year jubilee on the 5th of September, several Copenhagen restaurants are serving their own version of ‘The Shooting Star’.

60 years on the 5th of September: Copenhagen restaurants celebrating ‘The Shooting Star’

Read more about a selection of Copenhagen-based restaurants around town celebrating the jubilee below.

At Aamanns Replik located at The Royal Danish Playhouse (Skuespilhuset), seasonal ingredients from local producers are in focus. Here most varieties of smørrebrød can be enjoyed while overlooking the Copenhagen Harbour. To celebrate the 60-year jubilee of ‘The Shooting Star’ Aamanns Replik has created a special take on the classic dish, consisting of fried fish and steamed seasonal flatfish, hand-peeled shrimps, seasonal fish roe, grilled asparagus topped with roasted tomato, garlic and vadouvan spice mayo to finish it off. An upgraded lobster version is also available upon request. 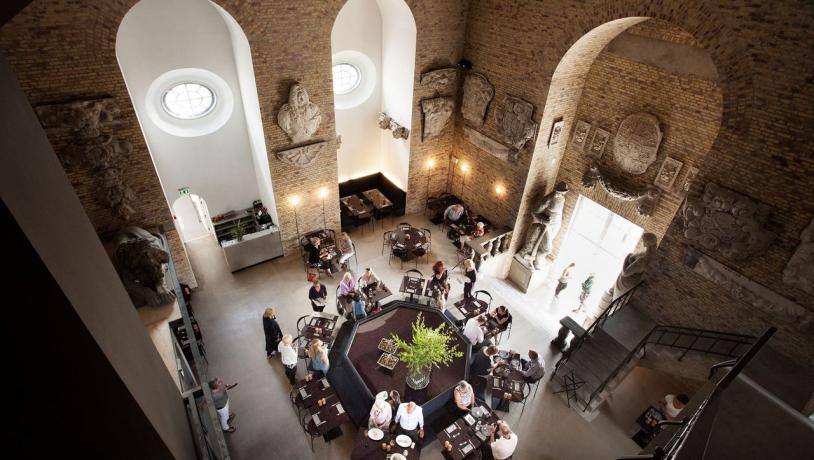 Known for traditional Danish cooking and open-faced sandwiches, Meyers i Tårnet with its unique location in the tower of the Danish Parliament is marking the 60-year jubilee throughout the weekends of September. At Meyers, the focus is on the current seasons, and its version of 'The Shooting Star' is created using local and seasonal produce. Made up of a piece of toasted sourdough bread with fillets of fried and steamed plaice, hand-peeled shrimps, caviar, pickled coloured tomatoes, lemon- and tomato mayo topped with tomato snow and herbs. The dish can be enjoyed with views overlooking the city. 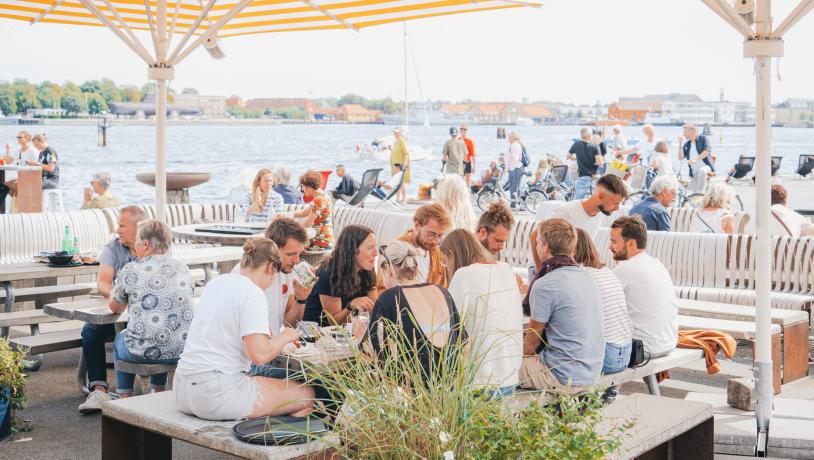 With seven independent kitchens joined in one gastro house, Seaside Toldboden takes you on a culinary trip around the world. However, Danish cuisine remains an important part of the lunchtime menu in the Nordic kitchen Solveig with the head-chef Naveed Kronholm in charge. Here, he serves Danish open-faced sandwiches as the lunchtime speciality such as roastbeef, chicken salad and smoked salmon. On the 5th of September, in honour of ‘The Shooting Star’, his take on the smørrebrød will be available at Seaside Toldboden for lunch. Solveig's interpretation of ‘The Shooting Star’ is a deep-fried plaice and a steamed sole served with tomato hollandaise, crayfish tails and trout roe on top. 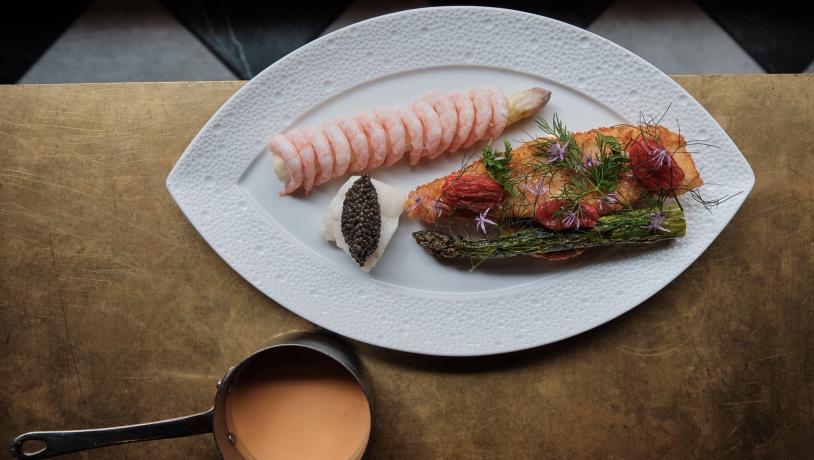 Located in the city centre, Restaurant Palægade is serving high-end Danish open-faced sandwiches for lunch such as turbot from the West Coast of Denmark combined with braised beef cheeks on a crouton and parsley emulsion. The restaurant is owned by the people behind the Michelin-starred Formel B Restaurant, and besides serving sandwiches dedicated to the ocean, field and forest, they also have a cake cart with petite fours and cakes to choose from. Restaurant Paægade’s tribute to ‘The Shooting Star’ is a fried plaice fillet served on crispy toast, with shrimps, pickled tomatoes as well as green and white asparagus and a steamed turbot with Baerii Caviar topped with a sauce Choron. 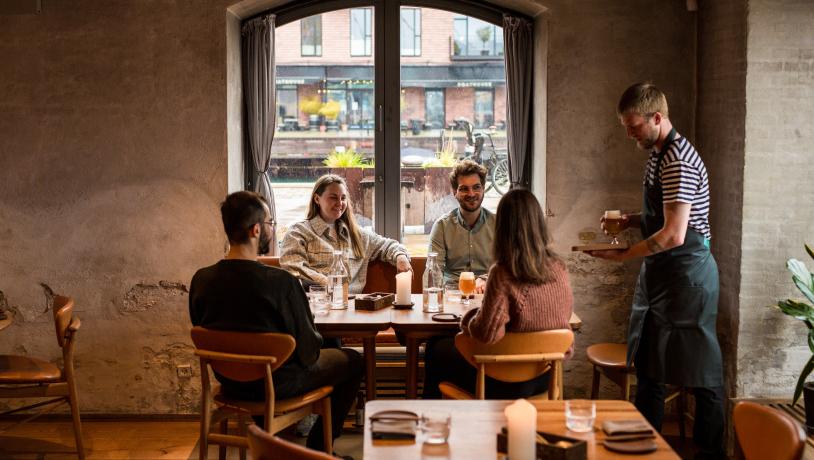 Restaurant Barr resides in noma’s former waterfront facilities in Christianshavn and draws inspiration from traditional dishes of the Northern Sea cuisine with dishes such as whole grilled turbot and fried Danish camembert combined with a large selection of beers and aquavit. To celebrate the 60-year jubilee of ‘The Shooting Star’, Restaurant Barr has put a Nordic twist to the classical elements of the open-faced sandwich with ingredients such as langoustine, herb salad and an elderflower remoulade served as part of the lunch menu. Some of the Danish beers that you can choose to accompany your dishes include sour ales from Gørløse in North Zealand, Refshaleøen in Copenhagen and the island of Bornholm. 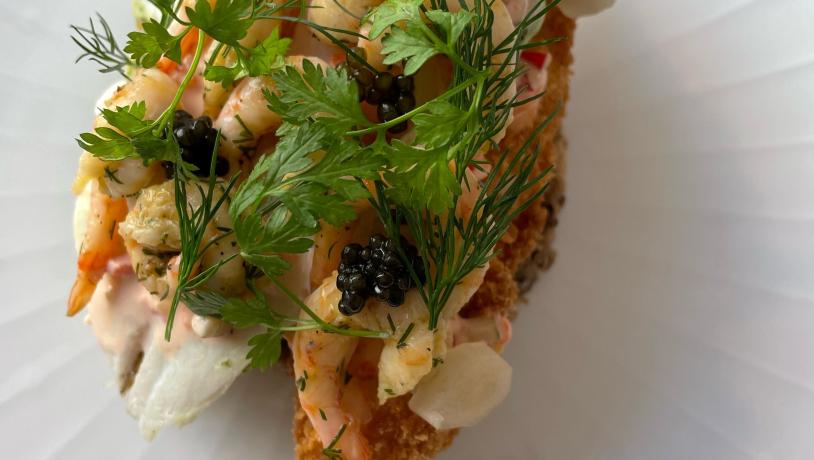 Located in a crooked building from 1716 in the previous home of the Danish composer Carl Nielsen, you will find Restaurant Carl Nielsen a smørrebrød venue dedicated in his name. Much of the food honours his work such as the signature dish inspired by one of his melodies ‘The sun is so red, Mother’, which is stirred tartar with red egg yolk. In light of the 60-year jubilee, a new version of ‘The Shooting Star’ has been added, and it consists of a steamed plaice fillet with scallop farce, a fried cod fillet, homemade Thousand Island dressing, marinated hand-peeled prawns, broken lemon juice gel, home-pickled asparagus, and Rossini Caviar. 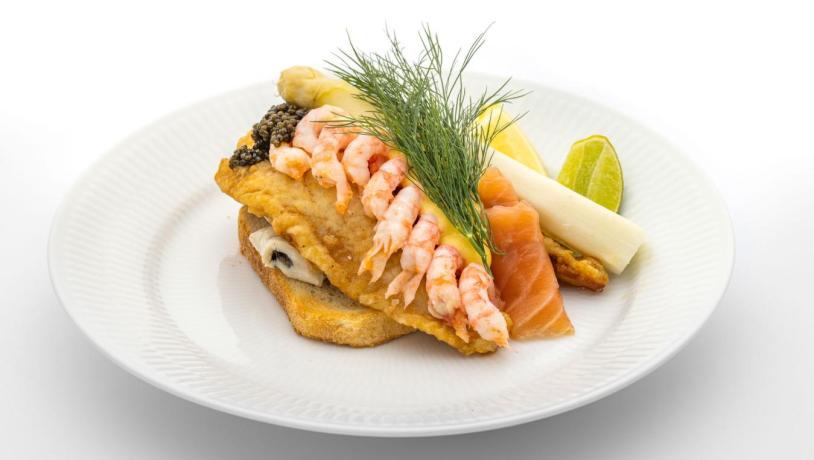 Restaurant Schønnemann is one of Copenhagen's oldest eateries. Since 1877, this old-world establishment has served freshly made smørrebrød, and today the dishes are all made of organic ingredients.  Here you can choose between 24 beers, more than 140 different aquavits and a variety of smørrebrød from long-term matured herring to smoked eel with scrambled eggs and freshly breaded fried plaice fillets. In honour of the 60-year jubilee of ‘The Shooting Star’, Schønnemann’s has created their version of the classic smørrebrød made of a fried and steamed fillet of plaice on toast with smoked salmon, freshly peeled Greenland shrimps and Danish caviar topped with Hollandaise sauce.

Facts about smørrebrød in Copenhagen

Download a selection of pictures related to gastronomy in Copenhagen. Press photos - 60-year jubilee of ‘The Shooting Star’. The photographer must be credited.

A truly Danish food experience, you can get at lunchtime in Copenhagen with the renowned smørrebrød (open-faced sandwich). But at dinner, you should t...

The Copenhagen restaurant scene is one of the world’s most innovative. We really got some front runners that challenge the whole idea of food, how it’... 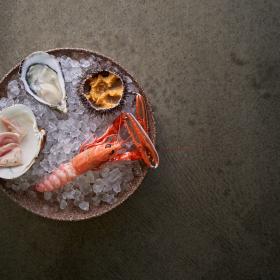