Craft beer is the coolest beverage these years, and there is no better place to discover the variety and quality of craft beer than in Copenhagen.

Copenhagen has long been brewing some of the best beer in the world and is home to a plethora of world-renowned breweries such as Mikkeller and Carlsberg. However, the Danish capital is much more than the birthplace of big beer brands. In fact, the numerous craft beer bars, breweries, and beers in Copenhagen are all a testimony to Copenhagen’s position as a capital of craft beer. Here, you can not only familiarise yourself with Danish style beers, but also let your taste buds get acquainted with flavours from around the world, brewed in Copenhagen of course.

Copenhagen’s beer lovers were the first in Europe to embrace the beer revolution and the city has gradually developed into the perhaps most interesting beer destination in Europe with an open-minded and quality-based attitude towards the fine art of brewing beer.

Number of jobs in the beer industry:

First movers in the beer revolution

Copenhagen Beer Week
Danish breweries gather in Copenhagen for a week and celebrate the diversity and quality of Danish beer. Lots of events, tastings, and fun. Each year in May.

Mikkeller Running Club
The brainchild of the beer designer and somehow guru Mikkel Borg Bjergsø, the man behind Mikkeller - and a former Danish champion in running. The first running club, combining running with beer drinking, was formed in Copenhagen in 2014. Now the Mikkeller Running Club is a world wide phenomena with chapters in numerous cities around the world.

Mikkeller Cycling Club
Almost as successful and impressive as the Mikkeller Running Club. Formed in Copenhagen in 2019 and already with chapters around the world.

Waffles at 1420
A small, charming, and unconventional event at a craft beer bar specializing in sour beers: Waffles. Classic-style Belgian waffles with whipped cream and a cup of coffee. The owner of the bar 1420 is Belgian.

MBCC
Mikkeller Beer Celebration Copenhagen is perhaps the most attractive craft beer festival in the world. Each year in May the Øksnehallen venue is filled with thousands of beer lovers from all over the world. The event has aura of a rock star. The tickets are sold out at record speed.

The Day of The Beer
Every first Saturday in September is dedicated to beer. It’s Øllets Dag, The Day of The Beer. The day, which is instituted by the consumer organization Danske Ølentusiaster, The Danish Beer Enthusiasts, offers several events at bars, restaurants, etc.

Beer yoga
Beer and yoga. Why not?! Open to anybody. Every second Saturday at Nørrebro Bryghus, Ryesgade 3.

Beer choir
Singing and beer drinking. Not an unfamiliar combination. The choir at the brewery is singing classic Danish songs from the 80’s and 90’s. You are free to come and raise your voice – and glass. Every Thursday at Nørrebro Bryghus, Ryesgade 3.

ØJ-Dag
In Denmark we celebrate the launch of Christmas beer from Tuborg, the so-called J-Dag the first Friday in November. The day before J-Dag the beer lovers, as a protest against the big brewer Tuborg, have their own celebration of Christmas beer, the ØJ-Dag. At several craft beer bars you can enjoy some of the around 250 varieties of Danish Christmas beer.

Taphouse Open
Each January Taphouse, Lavendelstræde 15, a craft beer bar with 61 taps, hosts the event Taphouse Open, a competition for the home brewers. The public is invited to come and taste the home brews – and perhaps some of the beers on tap could be tempting too.

Amerikanerdag
The 4th of July is not only the Independence Day in USA, but also a Amerikanerdag, a celebration of American beer at Amager Bryghus, Kirstinehøj 38B. Amager Bryghus has made several collabs with the most recognized American brewers, and for the event some of the collabs are brewed again. Music, street food and a gathering of around 1000 beer loving Copenhageners.

Mikkeller Beer Walk  - Press photos
A free 4.5 km guided walking tour lasting approx. 2-2.5 hours in Vesterbro. The guide, a local beer expert, will share stories of the hippest area of Copenhagen, of Mikkeller and of its founder, Mikkel Bjergsø.
The Mikkeller Beer Walk is a 100% outdoor activity, free for everyone to join. Participants can buy the beer they prefer, or can follow the guide's recommendation for a more complete experience.

Amager Bryghus
Kirstinehøj 38B, Amager, Copenhagen- Website
Pioneers in the Danish beer revolution and still going very strong – just as strong as their beers. Extreme beers are at the core of the assortment, especially hoppy IPA’s, but the ever curious team of brewers are exploring all kinds of beer styles at an unbelievable pace – just as long as the beer types are pushing the limits of beer. The best way to enjoy their beers: Amager Bryghus Taproom Nørreport or Amager Bryghus Taproom Bryggen.

Braunstein
Carlsensvej 5, Køge - Website
Beer and whisky are the passions of the Braunstein founders and brothers Michael and Claus, who have made Braunstein beer of household name in Denmark. Easy-going beers and an award-winning production of whisky. A huge bar with beer and whisky right beside the brewery at the harbour in Køge.

BrygBrygBryg
Meterbuen 45, Skovlunde - Website
BrygBrygBryg really likes to brewbrewbrew. Very productive and inventive. The small scale brewery is known for its sour beers and beers with fruit, but their dogma is anything goes – just as long as it’s tasty.

Dry & Bitter
Borupvej 80, Gørløse - Website
Dry & Bitter also excels in juicy and sweet beers. This brand is both for the hard-core beer nerd and the curious beer drinker. The assortment of beers is primarily about IPA, but Dry & Bitter is continuously expanding its range of beers. The latest addition: Pilsner. The excellent craft beer bar Fermentoren, Vesterbro, Copenhagen, is associated with Dry & Bitter.

Carlsberg
Visit Carlsberg, Gamle Carlsbergvej 11, Vesterbro, Copenhagen - Website / Press photos
The father brewery to Danish beer and, probably, also to a worldwide beer audience. Visit Carlsberg offers you a historic tour of the origins of the 4. biggest brewery in the world. The Carlsberg beers are brewed elsewhere in Danmark and around the world, but at the site of the old, charming and beautiful brewery there still is a top modern craft beer brewery.

Flying Couch
Bygmestervej 6, Nørrebro, Copenhagen - Website
IPA is at the centre of the Flying Couch, but the brewery is also talented in making sours and stouts. You can always find the beers from Flying Couch at the beer bars Ørsted Ølbar and Søernes Ølbar – the owner of the bars is a co-founder of Flying Couch.

Herslev Bryghus
Kattingevej 16, Herslev, Roskilde - Website
Beer without hops! Almost unthinkable, but that’s a speciality at Herslev Bryghus. Their Mark series of sour beers with no hops are legendary. Perhaps because the brewery is founded by a farmer the brand is focused on local produce and organic beers. Broad range of beers though, including IPA, pilsner, porter and an increasing interest in barrel-aged beer.

Krenkerup Bryggeri
Krenkerupvej 33, Sakskøbing  - Website
The most German-style brewery in Denmark. Pilsner, bock, wheat beer and dunkel on the menu. Krenkerup Bryggeri even brews a true German a rauch bier (smoked beer). The most award-winning brewery in Denmark. Enjoy a classic German-Danish brew at their wonderful biergarten in the courtyard to the listed estate Krenkerup Gods.

Slowburn
Byvej 55, Hvidovre - Website
Perhaps the youngest and trendiest brewing team in Greater Copenhagen – established by an Italian, an American and a Dane. Slowburn is the newest success to the Copenhagen beer scene. If you crave for the latest trends, look no further than Slowburn. These days Slowburn is wild about pilsner.

Warpigs
Flæsketorvet 25-37. Vesterbro, Copenhagen - Website / Press photos
Mikkeller is a world known and renewed brand, but the Mikkeller beers are normally made at well-established breweries around the world. However, Warpigs, in Copenhagen’s Meatpacking District (Kødbyen), which Mikkeller owns together with the successful US brewery Three Floyds, is a true hotspot for the beer geeks. Always trendy styles, always high quality – and the Texan barbecue is excellent too.

Discover what makes Copenhagen THE place to go for craft beer enthusiasts, and how the city has developed into the perhaps most interesting beer destination in Europe.

Copenhagen: The centre of craft beer

Download a selection of pictures related to beer in Copenhagen. Press photos - Copenhagen: Capital of craft beer. The photographer must be credited. 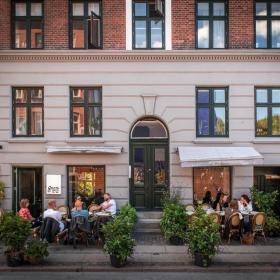 Those who know a little about wine will know that Copenhagen ranks top of the list of places to drink natural wine, surpassing other cities whose prox... 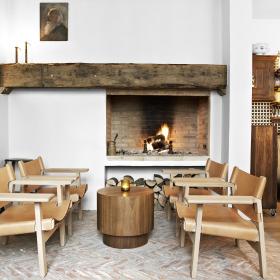 The best cocktail bars in Copenhagen

Traditionally, Danes have been famous for beer, but in recent years, a cocktail revolution has put Copenhagen on the map as a top-tier cocktail destin... 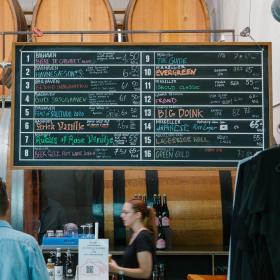 No matter where you find yourself in Copenhagen, you’re never far from a world-class beer bar to help you quench your thirst.