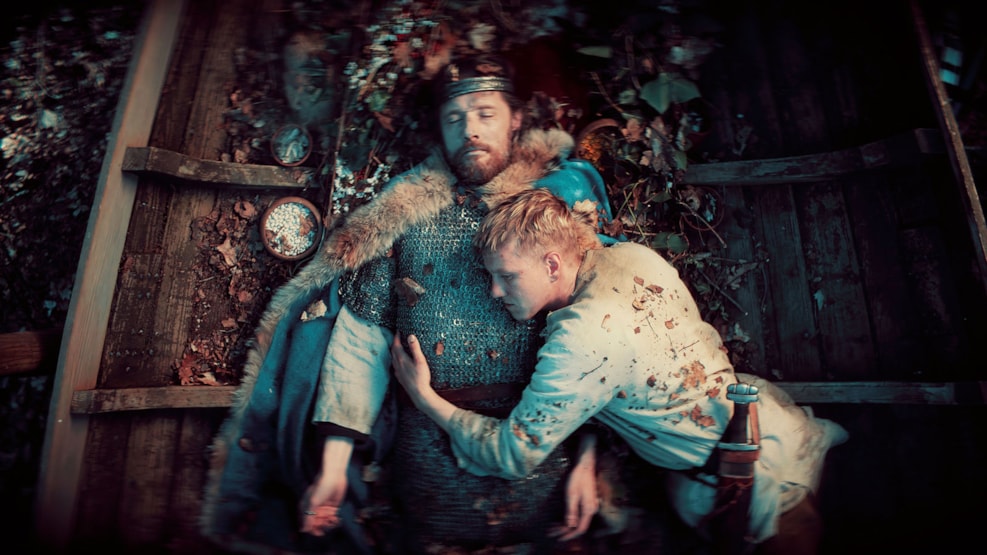 The National Museum of Denmark

Meet the Vikings in the era of the raids
In the National Museum's new, critically acclaimed Viking exhibition "The Raid", you come close to the ancestors who set sail and crossed the open seas to conquer, plunder and trade. Experience the treasures they brought back home from distant shores of the World.
In a total cinematic experience, you are invited to join the legendary fleet of Captain Bjorn Ironside as he embarks on a journey to the Mediterranean. You can also hear the stories of the people who stayed back home in Denmark and experience the Vikings' everyday life when they did not engage in voyages or warfare. On the basis of new research, we have reconstructed two Vikings - a man and a woman.

At the National Museum, the skeletons more or less fall out of the closets. See the remains of the people who lost their lives during tribal wars of the Stone Age. The woman who survived a blow from a stone axe and covered her mutilated head with a hat. The girl of Egtved, who lived during a magnificent time - the Bronze Age - when Danes worshipped the sun and engaged in early international trade.

History binds us together
See the testimonies of the greatest triumphs and tragedies in history, both within Denmark and in the rest of the World. The National Museum showcases and documents the World's intangible cultural heritage; the cultural treasures discovered in the Danish soil and those which adventurers have brought back home from expeditions to the most distant parts of the World.
At the National Museum, our common history embraces both the young and the old. The children can play in the Children's Museum or find and press the Boredom Buttons that enable animals to talk, mummies to mysteriously move, and exhibitions to catch fire out of the blue.

Accessibility at the National Museum of Denmark: